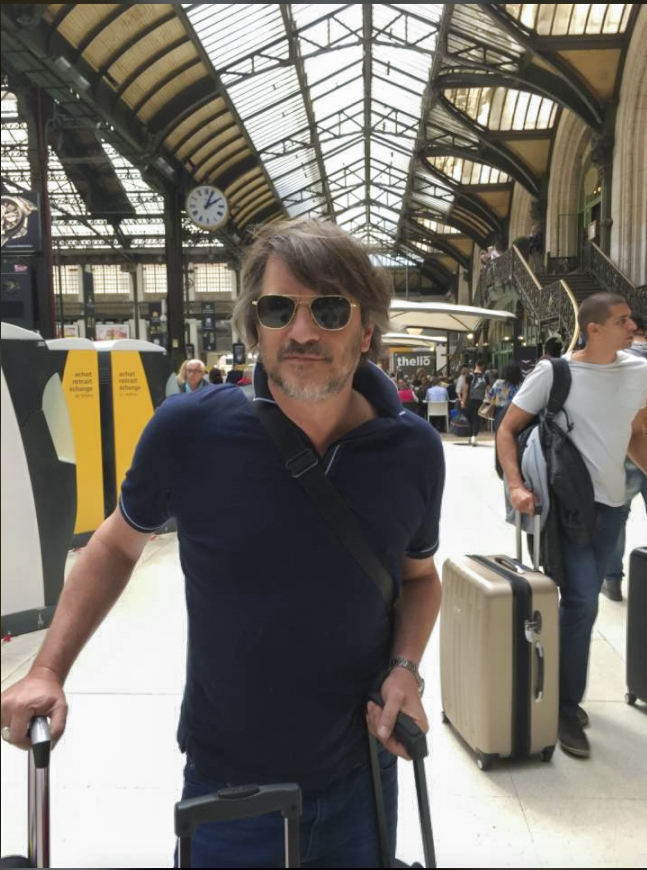 As a teenager auditioning for plays at Keith Country Day School, Nicholas Simon couldn’t have imagined he one day would transition to a major Hollywood film set.

But that’s exactly what happened for Simon, who today owns a Bangkok-based movie production company called Indochina Productions. It’s through that role that Simon has worked alongside Hollywood insiders such as Matt Dillon and James Schamus. His movies include City of Ghosts, Act of Valor, Kong: Skull Island, A Prayer Before Dawn and The Extraction.

So how did a Keith graduate end up as a movie industry leader in Southeast Asia? The roots, he says, were planted during his years in Rockford. He attended Keith for eighth, ninth and tenth grades before transferring to Philips Academy Andover.

Keith “was a new place, much more challenging academically than my previous school, and it drove me to seek further challenges,” he said. “That is a complement to Keith, that the school, its teachers and student body drove me to excel and challenge myself.”

After graduating from New York City’s Columbia University, Simon headed to Vietnam with the idea of working as a journalist. Soon, however, he became impassioned with the film industry and visual storytelling.

His ability to connect with a range of people from different backgrounds and cultures also was boosted during his time at Keith, where he says small class size allowed him to get to know each of his diverse classmates.

“It offered a home for creativity and open-mindedness,” he said. “Though small, it was efficient and I could be challenged in the sciences, math, foreign languages while also having the opportunity to test my skills at extracurricular activities.”

Now deep into a successful career of his own, Simon credits a quality education with the foundation he could build his life on.

“Education can change your life,” he said. “It’s worth the investment in time and money. School has the potential to be a great stepping stone.”