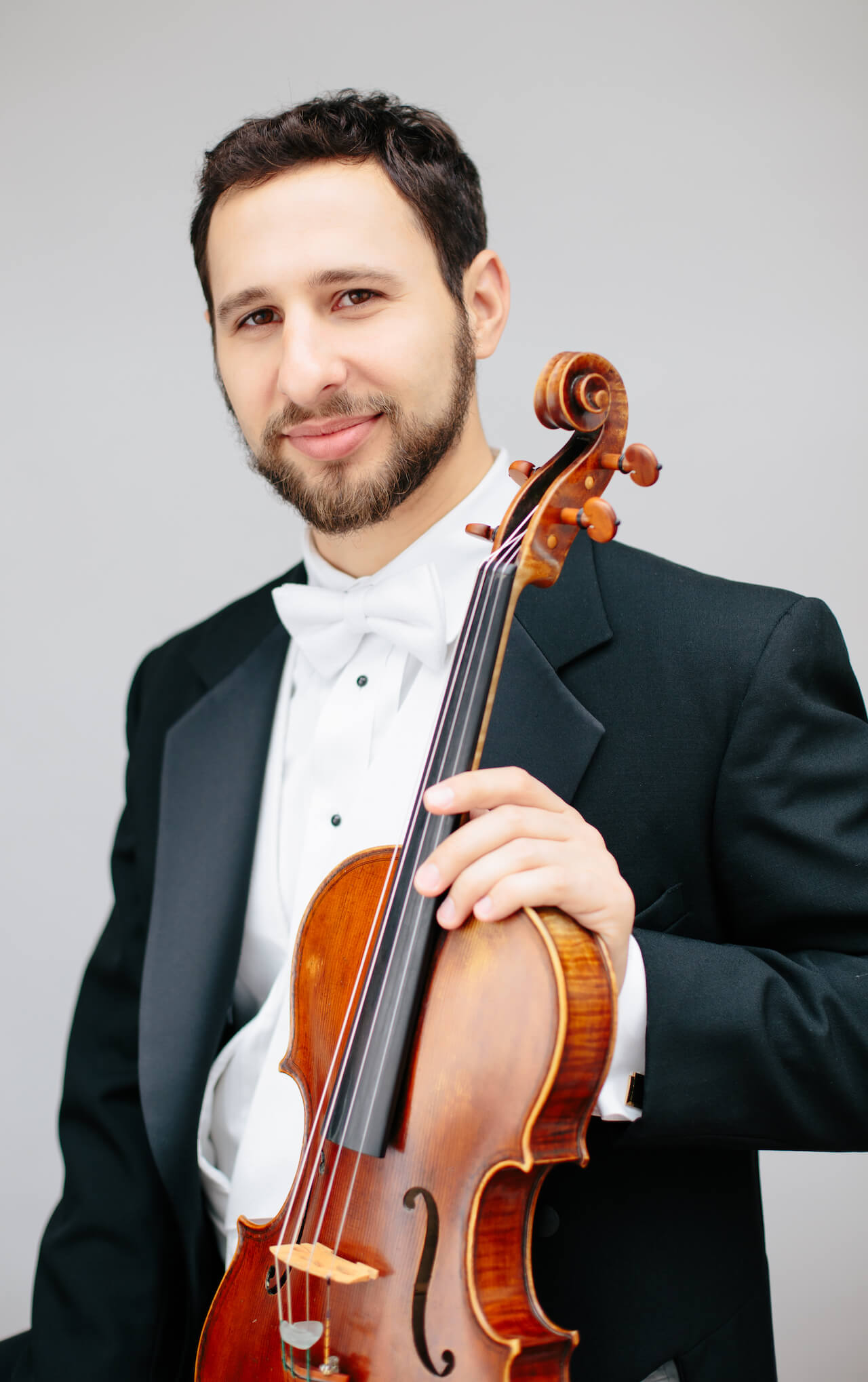 At one time, Ben Geller took the stage at Keith Country Day School. But these days, the 2003 Keith alum performs on some of the world’s largest stages.

As the Principal Viola in the Charlotte Symphony Orchestra, Ben is an elite musician. He holds a master’s degree from the famed Juilliard School, has played with the New World Symphony in Miami, the Rochester Philharmonic in New York and the Auckland Philharmonia in New Zealand.

Ben’s four years of high school at Keith were instrumental in fostering his passion for music.

“I loved playing music with my friends I made at Keith so much that it inspired me to pursue some sort of career in music,” said Ben, whose high school rock band, Proteus, once opened for the group Harmony Riley.

Ben went on to attend Butler University, which was a good fit because it was a smaller school just like Keith. There, he studied violin, viola and jazz. Today, he is on the other side of the classroom dynamic, as an adjunct faculty member at Queens University of Charlotte and as Associate Principal Viola at the Eastern Music Festival.

Through it all, he has drawn on lessons learned at Keith.

“The smaller class sizes at Keith gave me an advantage in understanding and working with others,” he said. “When I come to work now and rehearse and perform with my colleagues in the orchestra, someone might have had a bad day or their kid is sick and they’re stressed out, but they’re trying their best and we all have to work together and perform.”

He also credits Keith with giving him a variety of experiences that laid a foundation for a successful career. In addition to music, Ben was involved in theater, soccer and basketball at Keith. He helped launch a film club and studied both Latin and advanced ceramics.

“It allowed me the flexibility and opportunity to pursue what I wished in a way that was just not available elsewhere,” Ben said. “The Keith administration encourages the students to grow and experience crucial developmental years in a nurturing environment.”